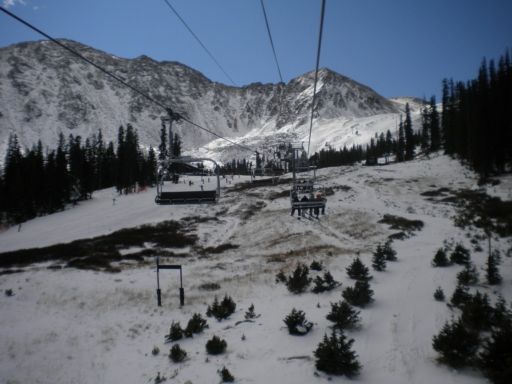 Opening Day at Arapahoe Basin in 2011

As the saying goes, 2 is always better than 1! Arapahoe Basin is doubling up the deals this year by offering the ‘Double Down 2-Season Pass’ this year for the first time.  Pass holders can enjoy not 1, but 2 seasons of skiing or riding at the resort that rests on top of the continental divide.  One the biggest reasons this pass is such a great deal is the fact that Arapahoe Basin has one of the longest seasons around, with an average season running at about 233 days. The resort typically opens in early to mid- October and often staying open as late as June or even early July, depending on the winter’s snowfall.  In 2011, the resort celebrating its closing weekend on July 4th!  Arapahoe Basin is just a few miles up the road from Keystone, making this pass a great option for those visiting Keystone and looking for a great deal on discount lift tickets or who want to experience another mountain.  Buying a season pass instead of single-day lift tickets usually pays off after just a few days of skiing.  This particular pass will have you covered for the next two winters!

The pass offers unlimited and completely unrestricted access for both the 12/13 and 13/14 ski seasons.  Included with the deal is one $45 half day class lesson for this season, along with discounted friends and family tickets and 10% off food, beverages, and retail items.  Some restrictions may apply.  This pass is only available until December 31, so be sure to purchase before then!

Keystone Resort offers the closest lodging options for A-Basin, as there is only a lodge and parking lots at the resort itself.  There is a free shuttle that runs hourly from Keystone to A-Basin during the winter, making the short commute  easy and painless.  Lodging in River Run Village or East Keystone are great options for those who plan on skiing at Arapahoe Basin.  Settler’s Creek Townhomes are perfect for families or even multiple families looking to stay within the same area.  Ski Tip Ranch, The Springs, and Red Hawk are also some other lodging options worth considering for your ski vacation, featuring amenities like outdoor hot tubs, gas fireplaces, and spectacular views.