Arapahoe Basin opened for the 2011 ski season yesterday, October 14.  There was an excitement in the air as many flocked to get their first tracks of the season.  A mixed crowd of people headed out to enjoy the snow-  locals, day visitors from the Denver area, and others who traveled further from other parts of the state and country to enjoy a Keystone Vacation, and eager to test out the fresh snow.   The conditions were spectacular- it was a beautiful sunny day in the mountains and there was a solid 18 inch base of  both fresh and man made snow.   There is no better time than now to start your ski season, nothing beats skiing or riding on a 60 degree bluebird day!

A-Basin is currently selling A-Basin Bonus Passes online and are a great choice for those wishing to ski at both Arapahoe Basin and Keystone for multiple days this season.

If you were unable to make it for this year’s opening day at A-Basin, you might want to consider coming up to Keystone on November 4th to participate in Keystone’s Opening Day 2011.   This year’s opening day celebration will be named  “Dercum Day,” as a tribute to the late Max Dercum; one of the original founders of Keystone Resort who passed away earlier this fall, just short of his 99th birthday.  In addition to the first chance to hit the slopes, Dercum Day will feature free donuts, hot chocolate, coffee, giveaways and more!  Look for the SummitCove Yeti on the prowl in River Run with free handouts too!  SummitCove is running a great sale on River Run Condos for opening day weekend: Stay 2 nights in Keystone Resort and get your 3rd night free!  Check out Keystone’s Opening Day 2011 Availability here! 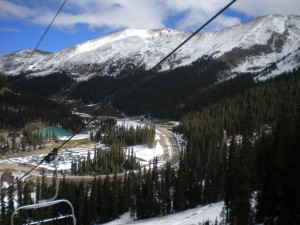 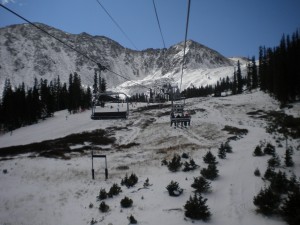