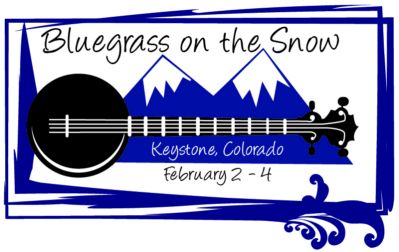 Keystone Resort will be hosting the first ever ‘Bluegrass on the Snow’ winter music festival next weekend, February 2-4, 2012.  The festival will feature live music performed by Willy Porter and the Mealies, The Pine Beatles, The Haunted Windchimes, and Finnders and Youngberg, among other acts.  The concerts will be held at Warren Station in River Run Village in Keystone and the whole event is being put on by The Dercum Center.  Festival goers can choose to purchase a 3 day pass in advance for $30 to enjoy music all weekend or a single day ticket for $12 in advance or $15 at the door. Parking for the event is free in the Montezuma lot, just a short walk from the event center.  It’s sure to be a fun weekend full of great live music and amazing powder turns!

The Bluegrass on the Snow is just one of many music festivals held at Keystone Resort.  Another popular Keystone concert series is ‘River Run Rocks!’, which is held 4 times a year throughout the ski season.  All of the River Run Rocks! concerts are free of charge and held outdoors in the River Run Plaza.  The next concert in the series is scheduled for February 21,  a Mardi Gras theme, with The New Orleans Suspects headlining.

SummitCove.com is offering 25% off stays of 2 nights or more over the Bluegrass on the Snow Weekend. With lots of fresh new snow and more in the forecast, a fun bluegrass music festival,and the NFL Super Bowl 46, you won’t want to miss out on the all of the fun next weekend in Keystone!