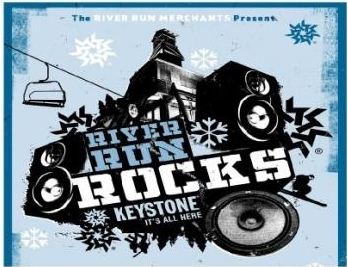 River Run is converted into one of the most picturesque concert venues in the state. Come enjoy all of the summer activities Keystone has to offer like mountain biking or a round of golf and stay for a FREE concert in the River Run Village. Past acts include, the Samples, 10,000 Maniacs, Arrested Development and Robert Earl Keen. On July 23rd, Deer Tick will be performing. River Run is ready to rock!  A kids’ game zone will keep the young ones busy while you enjoy the music with a nice cold beer. It’s an event you can’t miss!

Tab Benoit, 4pm – 5:30pm
Since his debut in 1992 Tab has recorded with Junior Wells, Willie Nelson, Billy
Joe Shaver, James Cotton, Cyril Neville, to name a few and now fifteen solo
recordings, three Grammy nominations, and a budding movie career later it may
be his work as a wetlands activist that he will most be remembered but until then
it is his rich tone, soulful voice, and seeped with tradition song-writing that makes
him Louisiana’s #1 Roots music export. www.tabbenoit.com

Deer Tick, 4pm – 7pm
This American Indie folk band brings a mixture of folk, blues, and country to their music. Forming in Providence, Rhode Island in 2004, Deer Tick has already made a name for itself on the Indie music circuit as band to watch.
www.deertickmusic.com