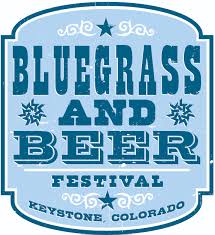 On August 4th and 5th, 2012, Keystone Resort brings the wonders of Appalachia to the Rockies with the annual Beer and Bluegrass festival. Down-home cooking, and mountain music  plus  brews from 30 Colorado microbreweries combine in Keystone for one of the most popular events of the year!  Be sure to book your Keystone lodging ahead of time, as properties will fill up quickly!

Shock Top Beer Garden: Unwind and savor a cold one from the Beer Garden. Enjoy acoustic bluegrass music accompanied with $5 microbrew pints, located in front of Warren Station at Keystone, while the music is played at the Quaking Aspen Amphitheater.

*The final 2012 brewery lineup will be announced soon!