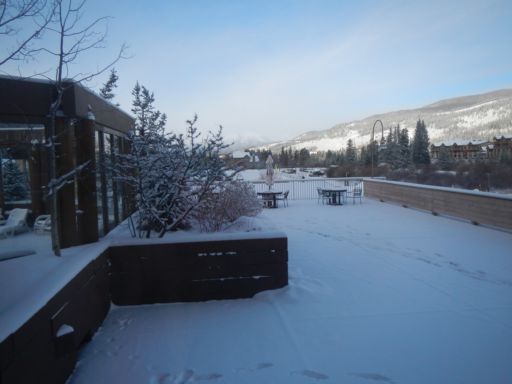 I was lucky enough to spend a couple of nights in Keystone recently and realized exactly how nice it was to stay in the resort.  Coming into Colorado I drove up to Keystone, checked in with SummitCove and made the short drive over to Slopeside Condos.  The heated parking was nice as it was pretty chilly when we rolled into town.  After a long day of traveling we opened a bottle of wine, hit up the hot tub, and then crawled into bed, out!

The next morning we woke up with fresh snow in Keystone.  We put on some bacon and eggs and got ready to hit the ski slopes and walked to the Mountain House Base area for a fun day of snowboarding in Keystone.  The walk was only a minute in boots and there was no lift lines either, they guided us with a map and a good luck and we were off.  It was a little colder than planned so we went down to River Run Village for a quick beverage to warm us up and back at it again!

After snowboarding for half the day we went to the Last Lift Bar and then back to the Slopeside Condos Hot Tubs.  We decided to leave the cooking to the pros and went to Wolf Rock Brewery in River Run for dinner, more like bar apps but they were GOOD, we had steak tips, tender, juicy, served with horseradish sauce, awesome, and we had Mussels in garlic butter and they were also perfect!  They have a nice beer selection, though none are brewed there anymore I guess but the Nitro Stout was also perfect.  The bus ride to the restaurant was easy, walk outside and hop on the base to base shuttle that runs every ten minutes, however on the way home we were after 10PM and we called the Keystone shuttle service and they called a bus for us to take us back to Slopeside, that took about 4 minutes with a smile. 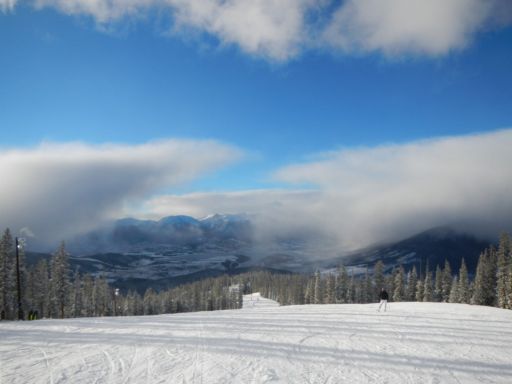 The staff was awesome everywhere, the snow was great, the trip was too short!  But I will be back to do it again!