Much to everyone’s delight it continued to snow well into the afternoon today. For once it seems like eth forecast was accurate and this winter storm really did drop a lot of snow on Summit County.

Keystone’s neighbor, Arapahoe Basin, which opened up yesterday; received 8 inches in the past 24 hours and 11 inches in the past three days. Accumulation amounts for Keystone are a little less accurate, seeing as the mountain is not open yet, but they have claimed 20 inches in the past seven days. This is all very exciting for a promising season!

It is predicted to be a “La Nina” winter, meaning more consistent snowfall due to colder and wetter conditions stemming from the Pacific Northwest. A recent article in the Vail Daily describes this phenomena.

So what does that all mean? Well, the potential for substantial snowfall this season. Remember the Colorado winter of 2007-08? That was also a “La Nina” year, and snowfall records were broken at Aspen, Beaver Creek, Crested Butte, Monarch Mountain, Powderhorn, Silverton, Steamboat and Telluride. Of course, nothing is set in stone, but here’s hoping the predictions come through for the 2010-11 season! 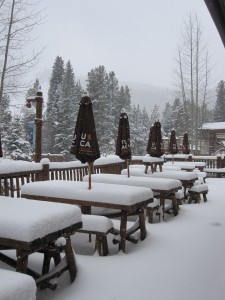 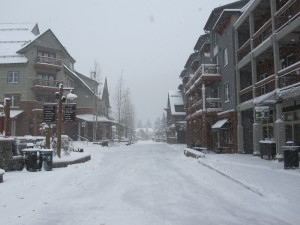