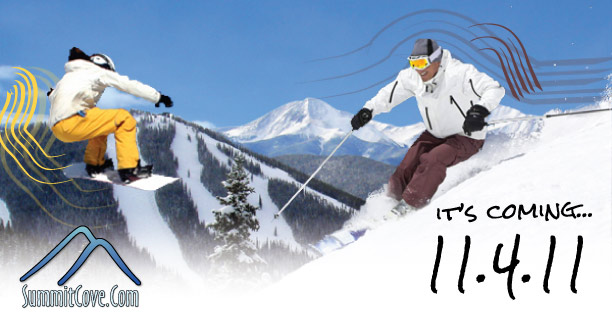 Keystone Resort opens in only 6 days, on Friday, November 4th!  With snow from recent storms and the snow guns blowing, it looks to be a great opening with good conditions!   SummitCove will keep you updated with snow reports and open runs as the day approaches.  Take a look at some of the opening day festivities to kick off the 2011/2012 ski and snowboard season in Keystone, CO!

This year, Opening Day is named “Dercum Day” as a tribute to the late Max Dercum; one of the original founders of Keystone Resort. Dercum Day will feature free donuts, hot cocoa, coffee, giveaways, and a few surprises to celebrate the Dercums’ legacy in Keystone.

SummitCove is still offering great opening weekend specials!  Be sure to contact one of our Vacation Planners for details and assistance in choosing your Keystone Resort lodging!