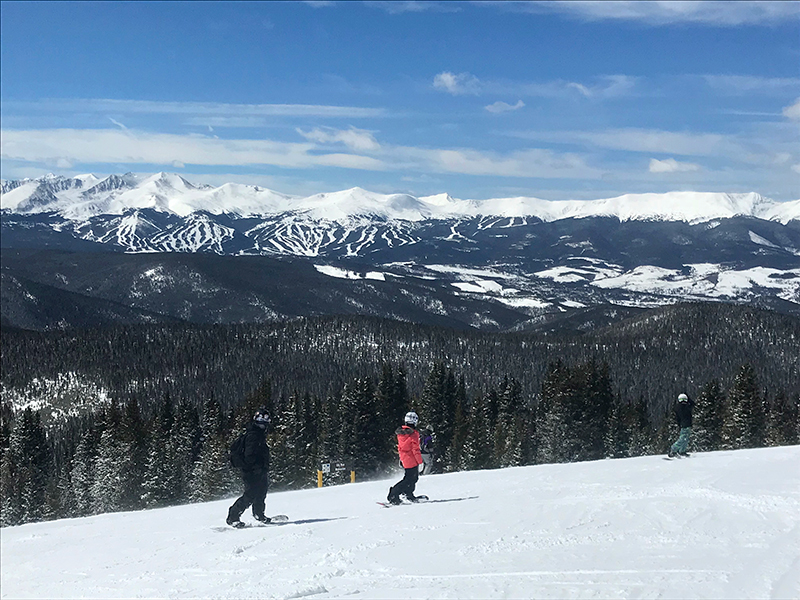 Passholders we celebrate you! Help us enjoy this amazing end of season snow, sun, and fun and special deals that are only available to season passholders, for one week, March 25 – March 31, 2019! Take advantage of the food and beverage discounts, samplings, and a even a bean bags tournament on March 31.

Spiked Seltzer Toast at the Outpost
Bask on the sunshine soaked patio with a complimentary spiked seltzer, just by flashing your Epic Pass!

Food and Beverage Discounts around Keystone
– Complimentary dessert at Keystone Ranch Restaurant with an entree purchase, but only one per bill.

– Alpenglow Stube is offering half off of a small plate or dessert for lunch or half off a bottle of wine at dinner.

– On March 29th, don’t miss the Breckenridge Brewery complimentary flight tasting at Bighorn Bistro in the Keystone Lodge at Lakeside Village from 3 – 6 pm. *While supply lasts.

And to round out this fabulous spring week at Keystone there is a Passholder Bean Bags Cornhole Tournament at LaBonte’s Smokehouse BBQ on the mountain on Sunday, March 31. Bring your bag skills to ski beach outside LaBonte’s, registration available in the morning, with the tournament starting at 11:30 am for a modified times, single elimination style tournament.  There will be 16 teams of 2, playing 15 minute games. Prizes for first, second, and third place, plus a complimentary bud light participation beverage for all players.  *Must be 21+ to enter, but all ages can watch!

Springtime brings activities for the whole family.  Come check out one of the many Spring concerts, learn something new and spend some time together on the ski slopes!  Keystone is offering science classes, painting classes, concerts, fireside cocoa and coloring to name a few fun things throughout the rest of March and April with their Kidtopia programming.  G. Love and Special Sauce on March 28th is sure to be an amazing show. You don’t want to miss the Saturday night fireworks on April 6th, followed the final concert of the season at Warren Station, Tim O’Brien band! To cap off this epic snow season on closing day, be sure to come out and watch (or enter) the Keystone Slush Cup. You’ll see the SummitCove Vacation Lodging Yeti as he makes his best attempt at skimming across the icy pond on April 7th, Keystone’s closing day!