You have probably walked by it many times on your way to the Gondola in River Run Village. They call themselves Surefoot boot fitters and they are right between Sharp Shooters and Spoon Cafe. World renowned for their custom boot liners, they make life in ski boots so much more comfortable. They use orthotic scanners and advanced computer technology to create a boot liner that contours perfectly to your foot. In the past they were using another company’s product which limited the alterations they could make to the liner itself. But this year the company has come out with their very own liner, the Contoura X1.

The Summit Daily recently interviewed Jeremiah Hughes, manager of Copper Mountain’s Surefoot store. According to Hughes, features of the Contoura X1 include seamless composition, elasticity in the toe to create more toe space and a liner that maximizes space in the boot’s shell. Additionally, the liner is softer making it easier on woman’s calves.

So they take the advantages of the new liner and return to the old technique of inserting expandable foam into the liner, which allows for an exact foot casting.

Die hard skiers have long lamented about the discomfort of ski boots, compared to snowboard boots. So for anyone who skis more than a few days a year these liners are a must. They will completely change how you ski and make you look forward to getting into to your ski boots.

So next time you are in Keystone’s River Run Village, be sure to stop by Surefoot, and discover all they have to offer. They also have stores in Copper and Breckenridge! 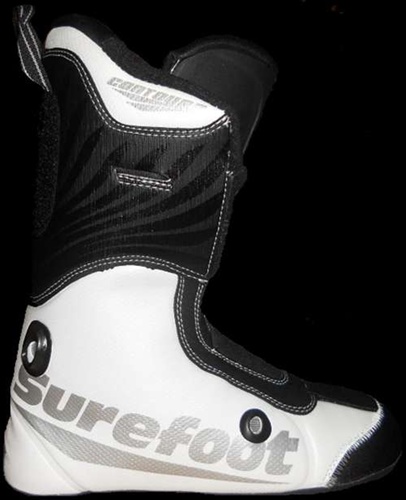