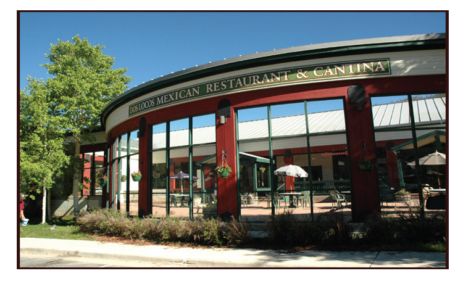 The 15th annual Dos Locos and Keystone Science School Benefit Event is taking place this Friday, August 17, and the night includes the chance to bid on unique, valuable items at the silent auction, along with participating in a fun scavenger hunt.  Dinner will include a gourmet Mexican buffet and live music with The Pine Beatles, a community based band out of Breckenridge. Throughout the night there will be loads of fantastic prizes and giveaways, including a grand prize for a week long trip to Mexico. Cost for the event is $20 for adults, $15 for kids ages 4-12, and kids under 3 are FREE.  The event kicks off Friday evening at 5:30 pm and ends at 8:30.  Tickets can be purchased at the door.  Dos Locos is located in the Mountain View Plaza, just a quarter of a mile down the road from SummitCove Property Management in Keystone.

After a long community debate, regarding impact on the community and local businesses, Lowe’s finally began construction earlier this year and is scheduled to soon be open in its new Silverthorne, Colorado location. Lowe’s began stocking their store during the week of July 9th, and the store is scheduled to open to the public on August 10.  A grand opening celebration is being planned for August 16.  It sounds like there will be some community involvement events, kids projects and giveaways happening during the grand opening, but details have not yet been announced. Those interested can check http://www.lowes.com/newstores later this week for a complete list of scheduled events.

Lowe’s Home Improvement is excited to announce the grand opening of their new Silverthorne location set for August 16th. The store will bring roughly one hundred additional jobs to the Silverthorne community and is expected to cater its product line to meet the unique climate of Colorado.  This will be one of the smallest Lowe’s in the country, but it is expected to be state of the art and offer many conveniences to local residents and homeowners, including easy access to the highway, supplies catered to the mountain climate, and ease of ordering.

For our Keystone Resort Property Owners, the opening of a big hardware store in Summit County is exciting.  Up until now major appliances, hardware, and many other items had to be ordered out of Denver and shipped or delivered to Keystone.  The opening of Lowe’s this Friday will mean that homeowners will have local access to everything they need for major repairs, upgrades and remodels.  The opening of Lowe’s also means that the Summit Cove maintenance team will have access to whatever they need every day of the week – we will have to do less online ordering and we will be able to streamline our maintenance turnaround times even more!  For our homeowners, now everything is right there for them in Summit County!