Warren Station at Keystone hosts a comedy series that will leave you laughing out loud. Join us each Friday night in January as Warren Station at Keystone presents award-winning comics. Enjoy drink specials and more.Stand up may not be suitable for kids.  January 7th, 14th, 21st, and 28th, 2011 – Doors at 7 PM; Comedy at 7:30 PM – $12 with a minimum of 1 drink purchase 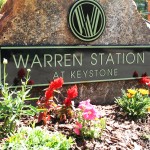 I’m 30 years old, originally from Winthrop, Maine and I’m currently a stand-up comic residing in Denver. I’m part of a comedy collective known as Wrist Deep Productions. I have a 4 year old named Milo George. Having a kid is a lot more fun than I expected. I have a wonderful wife named Crystal who takes photos of people. I sing in a band called the 29th Street Disciples. I want to be famous, I won’t lie. I’d like to have a career as big as Morgan Freeman but without all the freckles on my face. I think most music sucks nowadays; most people could probably say the same for my band. That’s why I do stand-up, it’s one of the last art forms in which views can be expressed without having to pander or coddle to four or five other sissies who fear losing a shot at their “big break”.

BT was born, raised and beaten in the Wonderful settings of Muskogee, Oklahoma. So yes, that’s right he’s an Okie from Muskogee. Since the time this “Okie from Muskogee” left his home state, he has performed in over 43 states, 3 countries, and has been seen in numerous television shows from the Sci-Fi channels “Black Scorpion”, to the critically acclaimed HBO movie “Suckers”. In an act that crosses all boundaries, BT can be seen at any of the many comedy clubs around the country or in any of the different channels of entertainment ranging from commercials to movies. Catch this versatile entertainer as his star continues to rise www.btrox.com