Live Music this Holiday Weekend at the Snake River Saloon 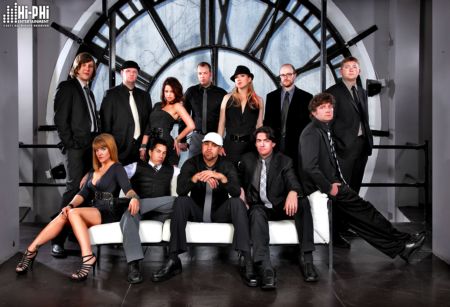 Funkiphino has been described as Colorado's "12 piece funk sensation" with their fun, upbeat tunes.   In 2004 the band released their debut CD "Lovin' Life" and followed with 2 additional albums.  Their most recent album, titled 'Live Coverage' was recorded live in January of 2009 at the historic Boulder Theater in Boulder, Colorado.   Their high-energy funk sound is a combination of explosive horns, a Hammond organ and thumping bass with amazing vocals. They have been voted Best Funk Band by Westword Magazine and were chosen to play at the 55th Presidential Inauguration in Washington D.C.

Catch the band for 2 live nights of music at Keystone Resort this Holiday Weekend at the Snake River Saloon on Friday February 17 and Saturday February 18.  Admission to the show is just $10 both evenings in the bar section of the restaurant and shows typically start around 9pm.  It's THE place to be in Keystone this weekend for live music and dancing!