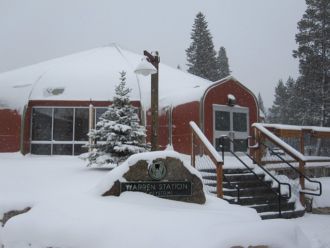 If you are at Keystone Resort this Saturday, March 10th, there are plenty of activities to keep you entertained after a day on the slopes.  Be sure to head to Warren Station as the March Concert series will continue with a performance by Robotic Pirate Monkey.  The cost is $12 in advance online and $15 at the door.

Robotic Pirate Monkey is an electronic trio composed of Matt Berryhill, Matt Flesher and Andrew Hathaway. Their style combines elements of dubstep, banger, upbeat funk and sampling. Formed in early 2010, Robotic Pirate Monkey has been building up a steady following. Some of their remixes have gotten them lots of attention and slightly fewer than half a million plays through YouTube and SoundCloud.

The remaining concert lineup for the month includes:

If you are heading to Keystone, Colorado for a ski trip, be sure to check out one of these shows!