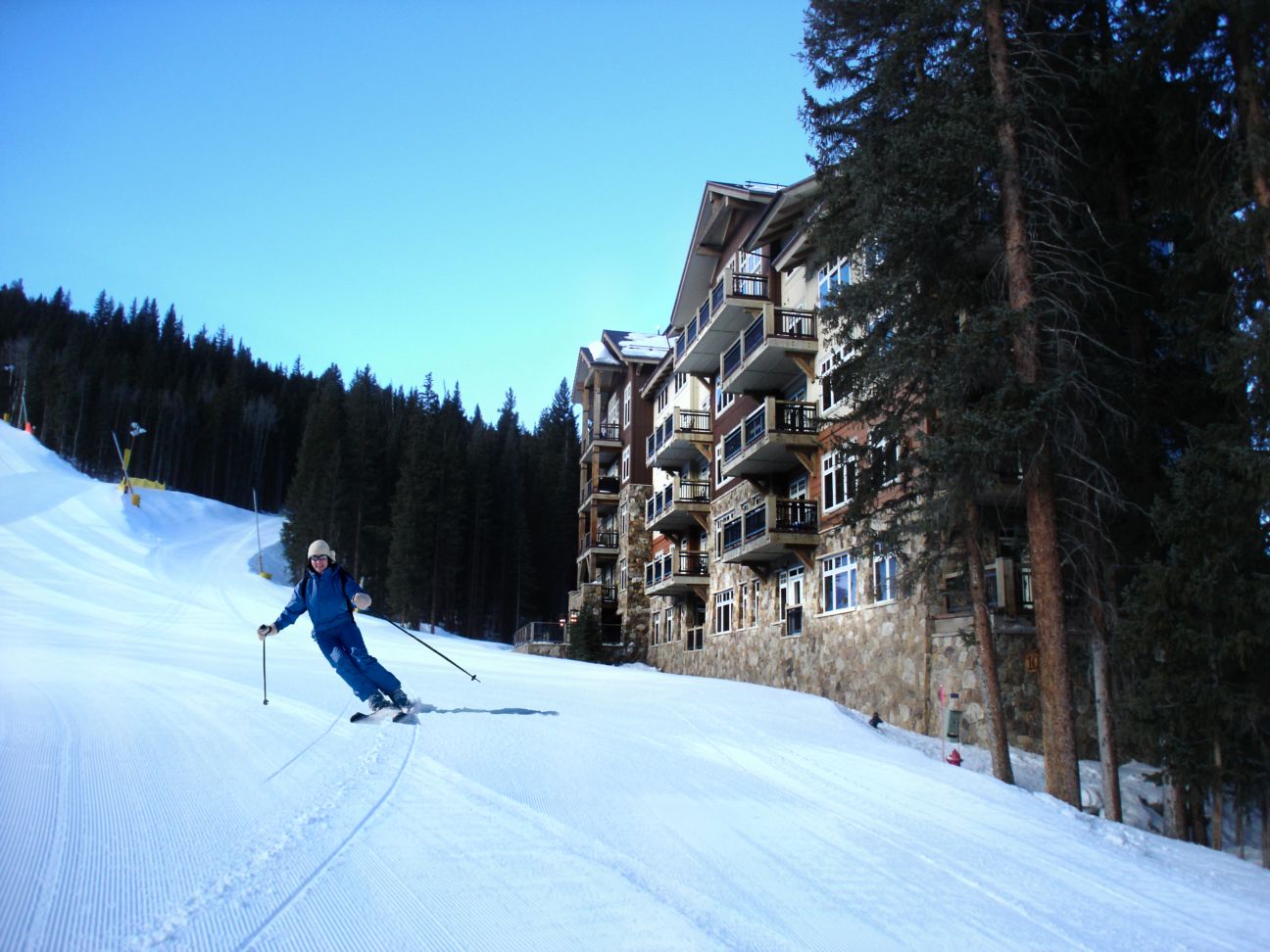 Keystone, Colorado has long awaited the concept of ski-in, ski-out properties. Currently there are only two lodges in Keystone that fit the bill as 'slopeside' and they are Lone Eagle and the Timbers. While these properties are very exclusive and literally right on the side of mountain, they aren't exactly ski in/ski out because they are condos lacking private entrances. For a truly ski in and out experience you need a private home.

The first major challenge for the resort regarding construction of ski-in, ski-out properties was the basic geography and lay of the land. Since the resort is located just south of some marshland areas associated with the Snake River, there was an inherent issue with ground stability and not many options for suitable places to create buildings. As a result Keystone's smaller base area 'Mountain House' was the first area to be built, as there is more room on the south side of the river than in the River Run vicinity and an easier ground to build upon.

Another challenge that had to be considered are the delicate wildlife habitats surrounding the Keystone area. Since there are so many different species that call Keystone home, it takes a long time and alot of research and planning in order to make sure that wildlife habitats won't be adversely affected and to get construction approved by the US Forest Service.

Just four weeks ago, the first slope-side housing development of true ski-in, ski-out properties at Keystone Resort were approved. Groundbreaking for the new 'Dercum's Dash' housing subdivision is scheduled to begin in less than a month in early October! These private homes are certain to be the most exclusive in the resort. They will be built at a rate of four to five homes per year over the next five years and expected to go for around $2 million dollars each.

The 25 currently vacant lots are located just to the east of River Run Village and will be connected to 'Independence Road' in the East Keystone Area. They will be located on the hill just south of The Alders subdivision. These lots will be connected to the resort via new ski trails that will allow homeowners and guests to ski in and out of the River Run Base Area. They will also be building a 6,000 square foot private clubhouse for Dercum's Dash Owners to enjoy. If you or someone you know has ever considered building and owning a property like this, we highly encourage looking further into Dercum's Dash as it will surely be one of the most exclusive developments in Keystone and a once in a lifetime opportunity to own a slope-side home at your favorite ski resort!