Snowmaking at Arapahoe Basin Has Begun! 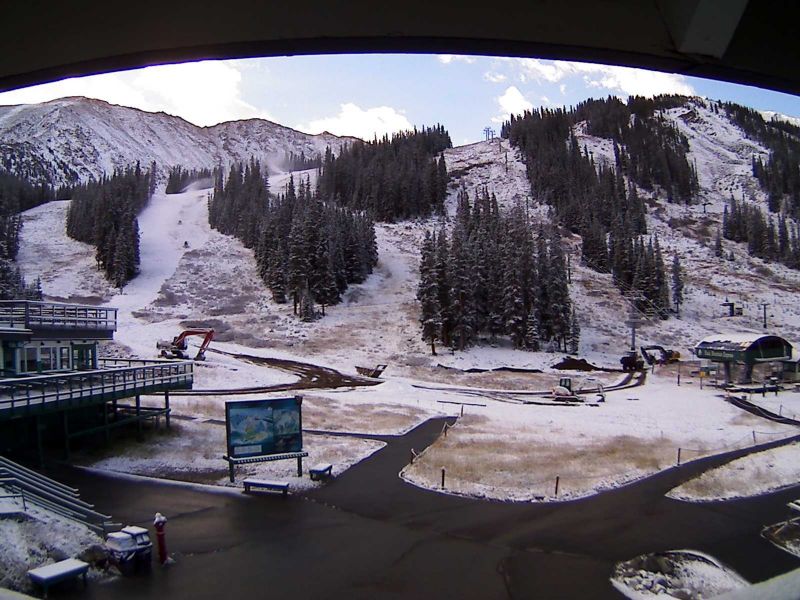 This is a snapshot pulled from A-Basin's webcams this morning, look at the snow![/caption]

Colder temperatures and humidity levels finally reached peak levels for snow-making, allowing Arapahoe Basin to turn on their snowguns and starting blowing snow! In addition to the man-made snow, Arapahoe Basin reported an inch or two of natural snow last night as well. Arapahoe Basin hopes to open up a few runs starting sometime in mid-October. Season Ski Passes are still being sold for a limited time at Arapahoe Basin for just $299 or you can one-up to a Summit Value Pass, which includes unlimited skiing or riding at Arapahoe Basin, Keystone and Breckenridge all season long for $439 (with a few blackout dates).

In just over a week, Keystone Resort hopes to get their snow guns fired up in lieu of their upcoming November 2 opening date.  Snow was sighted on the top of Keystone's three peaks this morning as well.  SummitCove.com is currently hosting a 'When Will It Snow Contest' offering a free 2-night stay in a 1-bedroom condo over Keystone's opening weekend for the person who can guess the date of the first significant snowfall of 4 inches or more in Keystone this season.  This is a sure sign from the snow gods of a great, snowy winter to come!