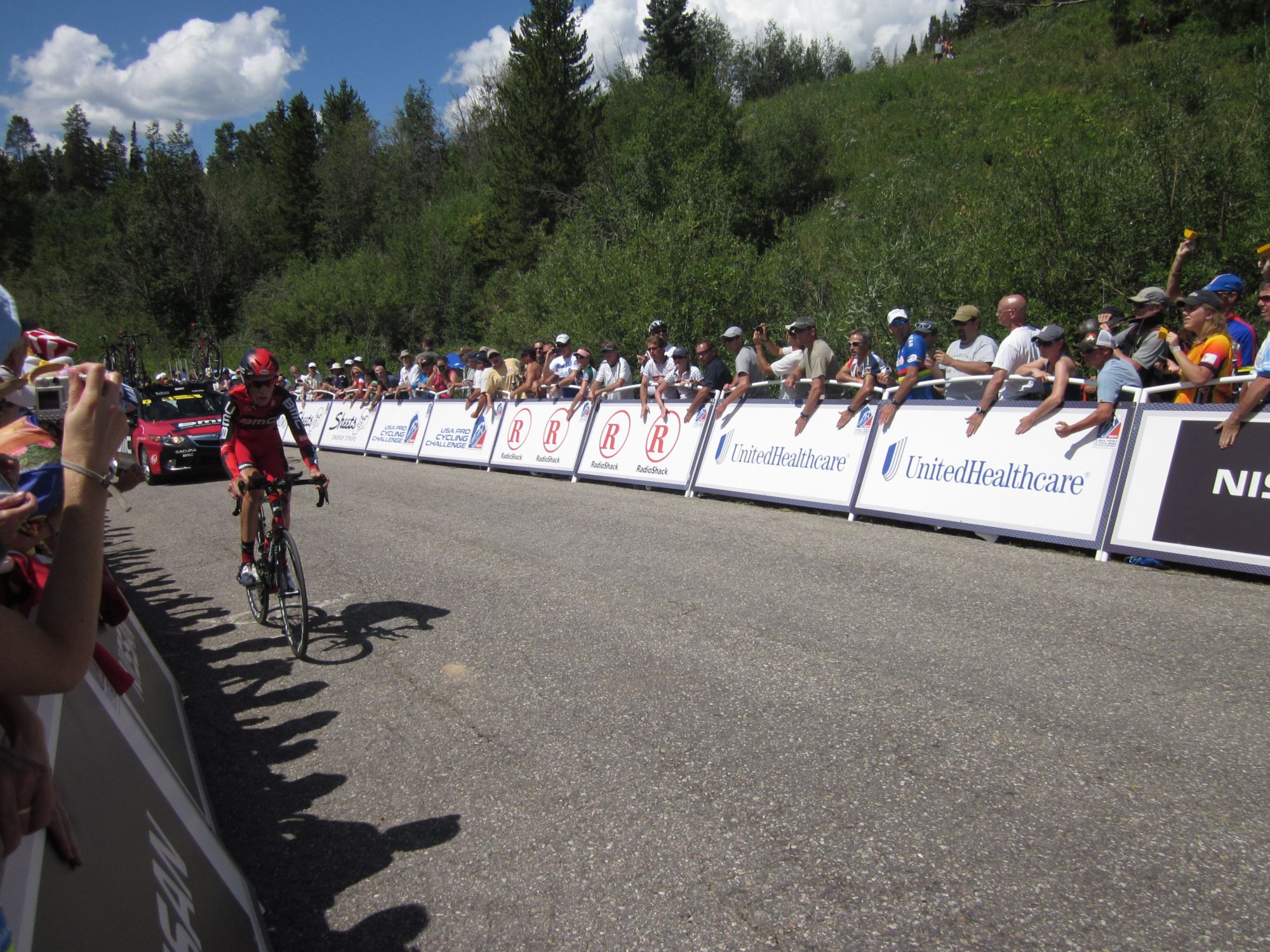 [/caption]
Now that the Olympics are over, are you wondering how to spend the remainder of your summer? Perhaps your next step is to watch the USA Pro Challenge on one of its many days in Colorado. We're now less than a week away from the start and the teams and riders have been finalized. Once again in Summit County, we will be treated to watching some of the best in the world compete as some of the top riders from this year's Tour de France have opted to participate in the Pro Cycling Challenge over the Vuelta D'Espana. Some of the favorite days of this year's race will be a reprisal of last year's "Queen Stage" on the 22nd of August as the cyclists ride from Gunnison over the monstrous Cottonwood and Independence passes to Aspen and the following day as the cyclists go back over Independence pass and through Leadville on their way to the finish in Beaver Creek. Not to be left out of that mix is the Friday stage as the cyclists begin the day in Breckenridge and ride over the deceivingly difficult Hoosier Pass before heading 118 miles to Colorado Springs for a likely downhill bunch sprint. With Keystone ideally situated in the middle for short drives to and from these 3 stages as well as about and hour from Denver and Golden you can catch 5 of the 7 stages all from the same place!

Come on out to cheer on 2012 3rd Place Tour de France rider Vincenzo Nibali, 2011 Tour Winner Cadel Evans, 2011 Pro-cycling Challenge winner Levi Leipheimer and American youth sensations Tejay Van Garderen and Taylor Phinney.   This is sure to be a fun event in the high country!