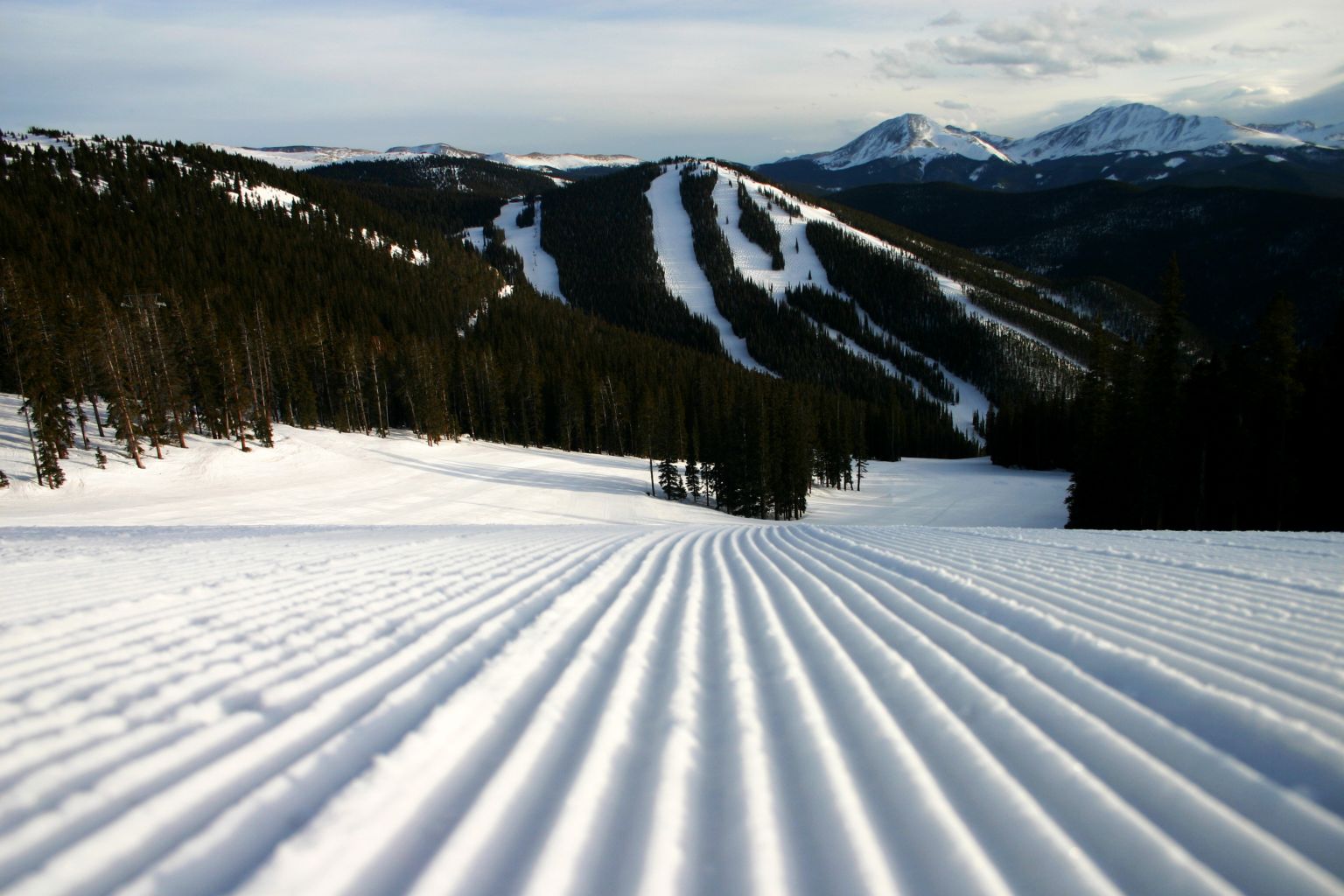 Corduroy at Keystone Resort CO[/caption]
The Colorado Ski & Snowboard Hall of Fame recently announced one of Keystone Resort's original founders, Bill Bergman has been selected for this year's Pioneer category in the Hall of Fame, and will be inducted in October.
During the 1960s, Max Dercum and his partner Bill Bergman worked hard to make their shared vision of someday establishing an international ski area become a reality. It is said that Dercum had the vision but Bergman possessed the business savvy skills to turn it into reality. He is credited as the individual who transformed skiing into a corporate enterprise, something that originally began with small investors. In 1967, their dreams were realized when Keystone acquired approximately 513 acres of land and a couple years later in 1971, the first two chair lifts were put in, at what is now the Mountain House Base Area. Over 75,000 skiers soon visited the new ski area, with lift tickets costing a mere $5 per person and the lifts have been turning ever since.
Bergman as served as Keystone's first president, for six years with an annual salary of only $100, and as he continued to be a consultant and the head of ski school for many years.  Bergman was able to expand the resort and he came up with two huge ideas that are still standard practices  used today at major ski resorts: the revolutionary concept of environmentally friendly trail design  and the installation of snowmaking capabilities..

Married for 66 years, Bergman has had his wife by his side to keep his life exciting — and challenging as he puts it.  "Jane and I are always teasing each other, it's what we do every day," Bergman said. "But without her love for Colorado and her family connection here, I might not have ever gotten to know what Summit County was all about."  During the time Bergman was building Keystone Resort, he wasn't actual even a local.  He and his wife lived in Cedar Falls, Iowa, where he ran a law firm and played golf.  He quickly fell in love with the mountains more and more and permanently moved to Keystone in 1999 and continues to play golf at least 3 days a week and has started his own golf club, 'The Bergman Boys' which consists of about 30 members.  They typically play fast in the mornings and try not to hold anyone up.