Lake Dillon Theatre Lights Up the Stage for Summer 2012 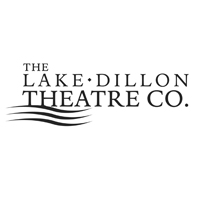 The Lake Dillon Theatre Company, located just a few miles from Keystone Resort, has an impressive lineup of stage productions for the Summer 2012 season.  Now in its 17th year, Summit County's professional theatre company has a variety of shows scheduled to add a dash of art and culture to your visit to the mountains!

Playing from March 10-June 3, is 'A Behanding in Spokane' by Martin McDonough.  This play follows the story of Carmichael, who has been searching for his missing left hand for years.  Add two bickering lovebirds, with a hand to sell,and a hotel clerk with an aversion to gunfire, and the stage is set for a hilarious roller coaster of love, hate, desperation, and hope.

From June 21st through August 17th, you can catch 'Xanadu' by Douglas Carter Beane.  Follow the journey of a Greek muse, Kira, who decends from Mount Olympus to California in 1980.  On a quest to inspire a struggling artist, she helps him to achieve the creation of the first roller disco.  The play has been nominated for four Tony awards.

July 5 through August 19th, LDTC will show 'Kiss of the Spider Woman' by Terrance McNally.  The harrowing tale of persecution juxtaposes gritty reality with liberating fantasy.  Valentin and Molina share an Argentinian prison cell, haunted by Aurora.  This Tony-winning Best Musical is a story of hope and the human spirit.

August 31st to September 23rd, 'Marry Me a Little' by Craig Lucas tells the story of two single strangers in their studio apartments on a Saturday night, never knowing that they are just a floor away from the end of their loneliness.

You can contact the Lake Dillon Theatre Company at 970-513-9386 for information about show times or tickets.  Need more reasons to plan your Summit County vacation?  Take a look at our Events Calendar!